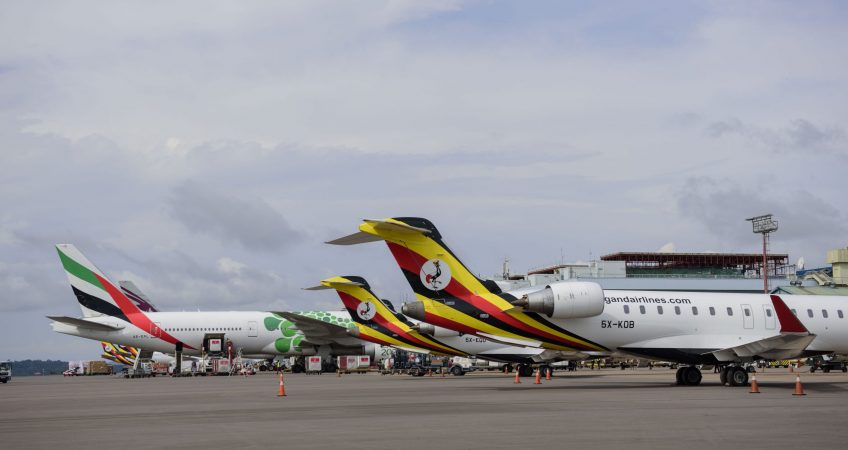 Guangzhou , China | THE INDEPENDENT | Uganda Airlines has secured departure and landing slots at the Guangzhou Baiyun International Airport as it prepares for the commencement of long-haul flights to the UK, Saudi Arabia and India.

The airline announced the change through its social media handles on Saturday. ” A toast to yet another great milestone! Uganda Airlines has been granted landing rights to China,” the post read.

Shakira Rahim, the airline’s spokesperson told URN that the airline will operate one flight per week to Guangzhou. She, however, says the airline is yet to get a permit to fly because it has not among others yet submitted its route plan to China’s Civil Aviation Authority.

“We are working on those details and after presenting them to the China Civil Aviation Authority-CAA, we shall let you know,” Rahim said.

Guangzhou is a major hub located in the Chinese Province of Guangdong. According to aviation figures, Guangzhou Baiyun International Airport was the world’s busiest airport by passenger traffic having handled 43.8 million passengers in 2020. This was due to the impact of COVID-19 on the aviation industry worldwide. However, in 2019, the same airport was China’s third busiest and the world’s 11th busiest airport by passenger traffic, with 65.8 million passengers handled.https://platform.twitter.com/embed/Tweet.html?creatorScreenName=UGIndependent&dnt=false&embedId=twitter-widget-0&features=eyJ0ZndfZXhwZXJpbWVudHNfY29va2llX2V4cGlyYXRpb24iOnsiYnVja2V0IjoxMjA5NjAwLCJ2ZXJzaW9uIjpudWxsfSwidGZ3X3JlZnNyY19zZXNzaW9uIjp7ImJ1Y2tldCI6Im9mZiIsInZlcnNpb24iOm51bGx9LCJ0Zndfc2Vuc2l0aXZlX21lZGlhX2ludGVyc3RpdGlhbF8xMzk2MyI6eyJidWNrZXQiOiJpbnRlcnN0aXRpYWwiLCJ2ZXJzaW9uIjpudWxsfSwidGZ3X3R3ZWV0X3Jlc3VsdF9taWdyYXRpb25fMTM5NzkiOnsiYnVja2V0IjoidHdlZXRfcmVzdWx0IiwidmVyc2lvbiI6bnVsbH19&frame=false&hideCard=false&hideThread=false&id=1538045081579560960&lang=en&origin=https%3A%2F%2Fwww.independent.co.ug%2Fchina-uganda-airlines-secures-landing-at-guangzhou-airport%2F&sessionId=882078e3ffb35602db217d48d045d19c55a05428&siteScreenName=UGIndependent&theme=light&widgetsVersion=b45a03c79d4c1%3A1654150928467&width=550px

The flights to China will target mainly the business community, students, diplomats and permanent residents from Uganda and those the airline will pick from its ten destinations in Africa.

Uganda airlines currently operate only one international route; Dubai but it is expected to operate flights to London, Mumbai, Guangzhou and Riyadh. Earlier this week, finance minister Matia Kasaija announced that Uganda Airlines will start operations in London and Guangzhou before the end of the 2022/2023 financial year.

But the Minister of Works and Transport General Katumba Wamala says the airline has not yet got a permit to operate flights to London, even though it secured a landing slot at the London Heathrow International Airport.

Katumba, however, said a team of officials from the airline, Uganda Civil Aviation Authority-UCAA, and the Ministry of Works among others are working with support from the British High Commissioner to Uganda to engage the UK CAA to secure a permit to fly to London.

Jenifer Musiime Bamuturaki, the Acting CEO of Uganda Airlines told our reporter in January this year that the airline suffered a setback in meeting requirements after the UK exited the European Union bloc in January 2020.

Before the exit, also known as Brexit, airlines operating flights to the UK and other EU countries would apply for certificates from the European Aviation Safety Agency-EASA. But after Brexit, new Airlines must apply for a Country Operator’s Permit from the UK, a process that takes longer compared to the EU timelines.

UCAA Deputy Director-General Olive Birungi Lumonya is the chairperson of the select team for fast-tracking the acquisition of the permit to London.

Sources within the Ministry of Works and Transport said the airline was given a deadline of June 30, 2022, to secure the permit.