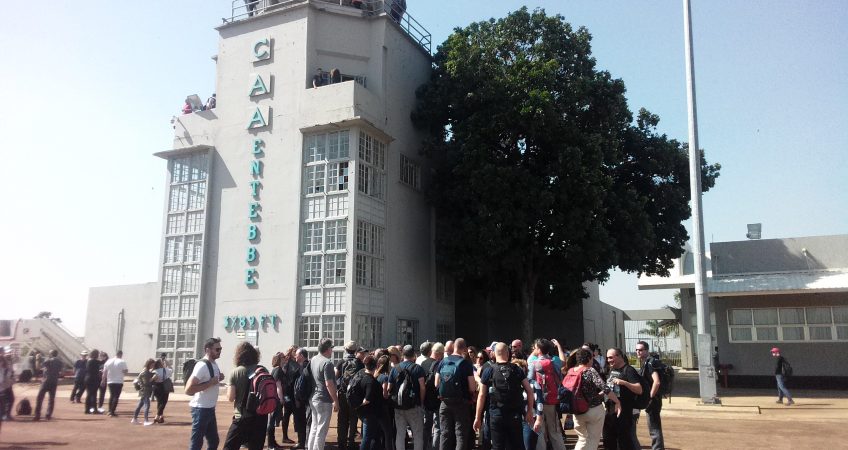 A group of 250 tourists from Israel jetted into the country on Wednesday, February 13, 2019 and commenced their tour with a visit to the site of the historic July, 4, 1976 raid on Entebbe at the old airport at which one of their own and Commander, Yona Netanyahu lost his life in a bid to rescue hostages.

The tourists were also scheduled to visit enviro conserve and wild life reserves across the country.

The group was received at the Entebbe International Airport’s VVIP terminal by the Chief Executive Officer of the Uganda Tourism Board (UTB), Mr. Stephen Asiimwe and officials from Civil Aviation Authority.

The tourists led by Ms Tali Yativ, the Chief Executive Officer of Spirit World Productions, a Tourism Promotions Company in Israel said that they would also tour areas along River Nile in Jinja and Safari parks.

The team was scheduled to depart the country on Saturday February 16, 2019 aboad EL AR, an Israel airlines.

The tourists’ visit to Uganda will be followed with official commencement of flights in and out of Entebbe International Airport by EL AR Airline later in the year. This comes on the heels of signing of a Bilateral Air Service Agreement (BASA) between Israel and Uganda in 2018.

According to Uganda Tourism Board (UTB), visitors to Uganda, generate 1.4 billion dollars to the economy. In 2018, Entebbe International Airport handled a total of 1.84 million passengers up from 1.65 million the previous year (2017).

Asiimwe says each visitor to Uganda is considered a tourist because they end up spending money on food, travel, accommodation and other things.