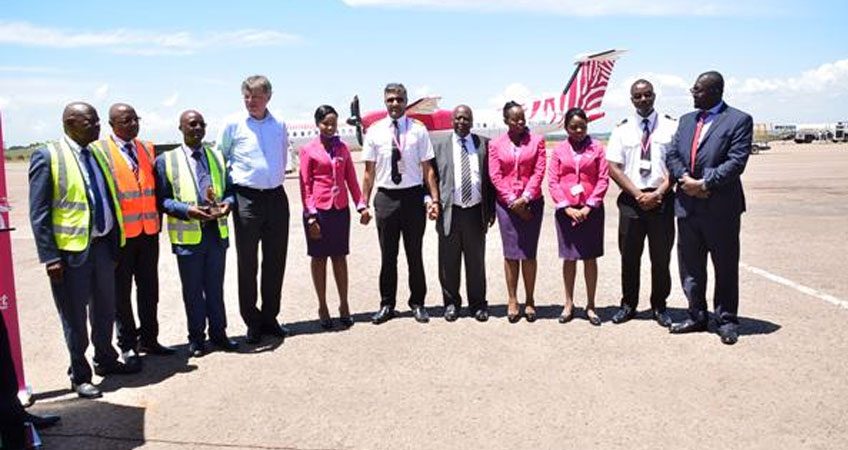 State minister for Transport Aggrey Bagiire has appealed to Members of Parliament (MPs) on the Infrastructure Committee to support a proposed amendment of the Civil Aviation Act 2017 CAP354 to promote growth of the aviation industry by attracting more airlines into Uganda.
“The Bill will enable Uganda remain up-to-date with the International Civil Aviation Organisation (ICAO) Standard and Recommended Practices (SARPs) and comply with global uniformity for a safe, secure and efficient global travel environment,” he said.
Mr Bagiire made the remarks during a two-day meeting between MPs from the Physical Planning and Infrastructure committee and ministry of Works and Transport over the proposed amendment to the Civil Aviation ACT CAP354 in Entebbe recently.
He said the Bill aims at addressing key challenges that have negatively impacted Uganda’s scores in previous Universal Safety Oversight Audit Programme (USOAP) by the ICAO in their regular security and safety audits.

Need for amendment “Following the 2008 Universal Safety Oversight Audit Programme conducted by ICAO in Uganda, a number of gaps in our Primary legislation were identified and a corrective action plan was instituted necessitating amendment of the CAA Act Cap 354,” he said.
Dr David Kakuba, the managing director CAA, said the proposed amendment of the CAA Act is one of the action plans that will bring about efficiency in the operations of the CAA.
“The amendment will bring uniformity in all the Acts which are needed across all member states of ICAO and address issues of human trafficking and smuggling concerns,” he said.
Among other proposals, the Bill seeks to empower CAA management and the board to work with some autonomy to ensure quick decision making relating to safety and security. Others are; creation of an independent accident investigation unit separate from CAA which will ensure responsive and coordinated response to aviation accidents and incidents among other things.
The chairperson of the committee, Ms Lillian Nakatte, said once CAA has autonomy following the laws governing other airports in the world, it will help attract more international traffic and increase the country’s revenue.