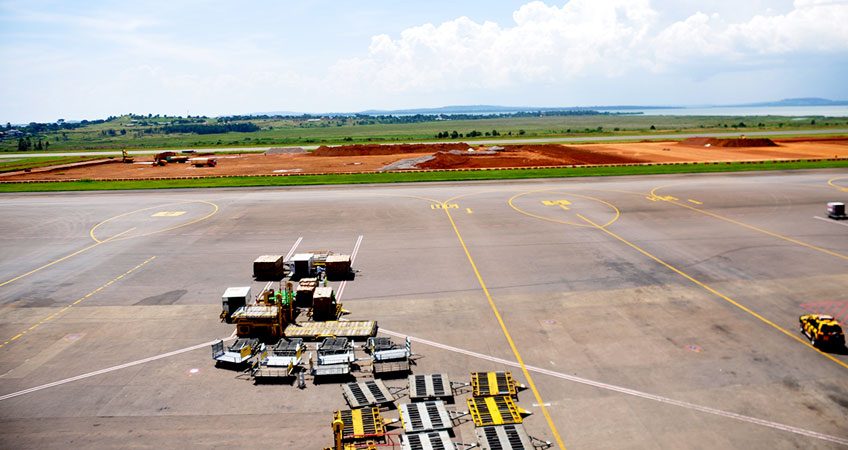 Every year, on January 26 the country commemorates Liberation Day when the NRM came to power. Vianney M. Luggya the manager public affairs at Civil Aviation Authority in an interview with Jacky Achan takes stock of what the aviation industry has achieved over the last 32 years.

QUESTION: Entebbe is the only international airport in Uganda. Would you say that there is enough aviation business in Uganda?

More than 90% of air traffic for any country is determined by the size of the economy (measured by Gross Domestic Product) for that country. As Uganda’s economy continues to grow, the country’s air  traffic grows and more air operators are subsequently attracted to benefit from the  passenger and cargo traffic. The International Monetary Fund (IMF) has projected  Uganda’s GDP to grow by 5.2% and 7.3% in 2018 and 2022, respectively. It is anticipated that the country’s  air traffic will follow the same positive trend. There is also a lot of potential in the  horticultural industry. Most of Uganda’s exports to Europe and other foreign markets  comprise of fresh produce, including flowers, fish and the like

QUESTION: We have heard reports that some carriers have abandoned Entebbe. How do you plan on changing such a trend?

At the time of CAA’s establishment in 1991, there were 118,000 international passengers through Entebbe compared to over 1.5 million in 2016. Three new airlines have joined the Ugandan airspace in the last three years and discussions are on-going with the Lufthansa Group and Saudia Cargo, among others, to commence operations in and out of Uganda in the near future.

Uganda recently concluded new bi-lateral air service agreements with Saudi Arabia, Israel, Switzerland and Canada. Some of Canada’s airlines are already having code-share agreements with international operators to Uganda. In addition, a number of existing air operators, such as Emirates, Qatar and Rwanda Air, among others have recently changed aircrafts to Entebbe from smaller to bigger ones. Emirates changed from using an Airbus 330, which had a load capacity of 220 passengers to a Boeing 777 aircraft with a load capacity of 360 passengers. Similarly, Qatar Airways upgraded from using an Airbus 320 that carried 144 passengers to an Airbus 330-200 with a load capacity of up to 260 passengers. While British Airways suspended operations in 2015, several other international airlines have since expanded their operations in Uganda.

For instance, Ethiopian Airlines increased flights between Entebbe and Addis Ababa from two flights a day to three flights per day and added another route to Juba, to make a total of 28 frequencies per week. Brussels Airlines recently increased its flights from five to seven flights per week, effective 1 December, 2017. In the same year, Kenya Airways started operating six frequencies a day on Monday, Tuesday, Thursday, Friday and Saturday of every week while maintaining five frequencies per day on Wednesdays and Sundays, making a total of 40 frequencies per week. Similarly, Turkish Airlines has on top of their current daily passenger flights added a second cargo flight per week. Another international air operator is considering doubling their daily flights in and out of Entebbe.

All these developments, including increase in frequencies by air operators and change of aircraft from smaller to bigger types, show that Uganda’s air transport industry is growing steadily and so is the competition. Passenger traffic in and out of Entebbe International Airport has greatly increased.

Uganda operates a liberalised air transport system and a number of incentives are extended to air operators, including multiple designation (designating more than one airline on a route) and removal of frequency and capacity limitations so that the designated airlines can operate as many times as they wish with any type of aircraft. In addition, any airline that operates scheduled services into Entebbe Airport at a  frequency equal or greater than seven flights a week receives 50% discount on landing fees and air navigation charges for one flight. There are also specific incentives for local airlines. Business at the airport is becoming more vibrant and the pulling out of some players part of the dynamics of the industry.

QUESTION: How about domestic Flights?

What has been the role of local players in the growth of the aviation industry?

They play an equally important role as do the international players. Domestic travel from one airfield to another complements and supports tourism promotion yet tourism contributes to the biggest percentage of air travellers.
Local investment in air transport also boosts the national economy and creates jobs

What are some of your plans for the aviation industry?

A 20 year national civil aviation master plan covering the period 2014-2033 is in place. Projects to be implemented under the first five years of the master plan are already on-going. They include; landside expansion of the passenger terminal. The existing passenger terminal building was opened in 1974 for peak hour traffic of 250 arriving and departing passengers.
The terminal got some limited improvements as the country prepared for the Commonwealth Heads of Government Meeting (CHOGM) in 2007, elevating it to the current capacity of 410 arriving and 360 departing passengers. The master plan projects 930 arriving passengers and 820 departing passengers during peak hours, by 2033. The expansion is critical in providing for growth and ensuring a good customer experience. The landside expansion project
seeks to provide more room and comfort for service users, especially passengers. The project will have new arrivals and departure blocks.
The sh42.6b project, is expected to be delivered by the end of this year.

Works for the new cargo centre commenced in May 2016 and the new 100,000 tone capacity cargo centre is expected to be completed in October Projections put the tonnage at 172,000 by 2033. The new cargo centre will have room for further expansion of the facilities to increase the capacity from 100,000 tones upwards. The new cargo centre will be a self-contained facility with a parking apron, landslide and airside access roads, cooling facilities, a freight forwarders parlor and ancillary business outlets. It is part of the $200m loan to Uganda by China through the Exim Bank of China. Part of the loan will be used to re-surface the runways, taxiways and strengthen and expand the aprons under the same contractor.

On completion of the new cargo centre, cargo operations will be relocated from the current site to the new facility.
A new passenger terminal will then be erected in the place currently used for cargo operations to be completed in 2021.

The Government of South Korea extended a grant worth US $9.5m for improvement of air navigation services, at Entebbe airport. The projects to be implemented in a period of three years involve;

We also advised Government on the need to revive the national airline and the matter has been taken to another level, with, appointment of a task force to work out the modalities. Once it is in place, the national airline is expected to boost air traffic in and out of Entebbe

Adopted from The NewVision (Friday January 26 2018)