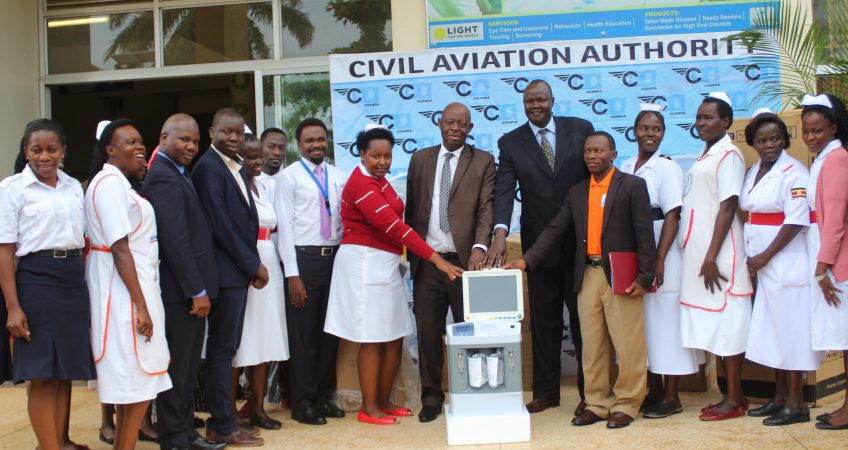 The donated items are; two oxygen concentrators, two patient monitors, one Refrigerator, two patient mattresses, sunrise including gloves, cotton and gauze among others.

According to the UCAA Director General, Prof David Mpango Kakuba, part of the money used to buy the equipment was raised from the aviation health run which was held in Entebbe on November 10, 2019 while celebrating the International Civil Aviation Authority’s 75th anniversary.

“UCAA is an organisation which operates in a forest of risks. Anytime we can get emergencies, therefore this hospital has to be fantastically equipped because it’s the first point of call in case of any emergencies at Entebbe International Airport. Because of economic hardships in the country, you can’t have everything, so we decided to add on the ones available,” he said.

Mr Robert Mpanga, the Hospital administrator, commended the UCAA for the support saying the hospital had some medical equipment although they weren’t enough.