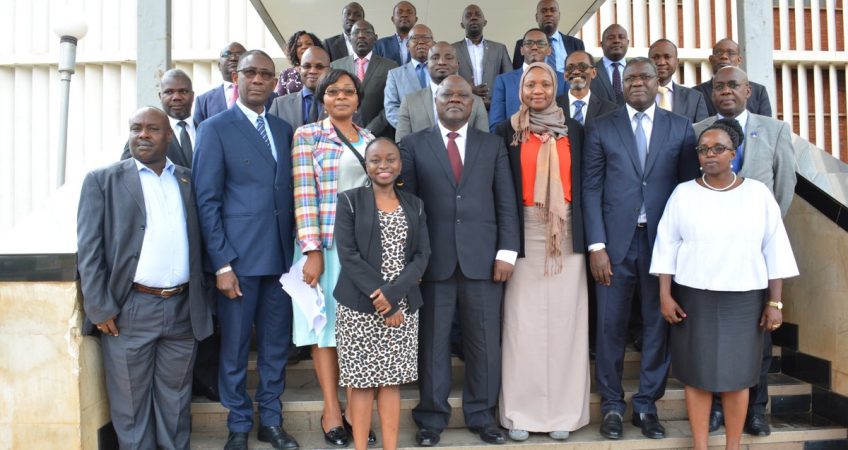 The meeting which kicked off today morning at Sheraton Hotel in Kampala is being attended by representatives from the Civil Aviation authorities from E.A including Somalia and Sudan, officials from inter-government authority on development (IGAD), officials from E.A.C and COMESA, representatives from the African Civil Aviation Commission (AFCAC) and many others.

In his opening remarks, CAA Director for Air Navigation Service Richard Ruhesi noted that Uganda was honored to host such an important meeting that will bring crucial changes in the aviation sector in Uganda as it moves away from using conventional means that are ground based to satellite based implementation system that ensures accuracy, safety, efficiency in space.

Ruhesi noted that once fully implemented, the SBAS module will not only help aviation sector alone but also other sectors like road, railway and water transport.

“Although this project is focusing on enhancing Aviation, there are other beneficiaries of satellite signal and its Augmentation including other transport modes like road, railway and maritime, as we shall learn later on through the workshop. I therefore wish to implore all delegates here to actively participate in this workshop so that we can maximise benefits,” Ruhesi said.

While officially opening the meeting, the state minister in charge of Transport, Aggrey Bagiire who represented the Minister for Works and Transport said that the Ugandan government is highly supportive of any initiative that embraces the use of technology in enhancing delivery.

“My ministry will closely follow the technical deliberation that is to take place in the next four days and we will immediately implement any possible resolutions from this meeting,” Bagiire said.

The Minister further commended the European Geostationary Navigation Overlay service (EGNOS), African joint program office and its other development partners from EAC, IGAD and COMESA for considering Uganda as a worthy host for such an important gathering.