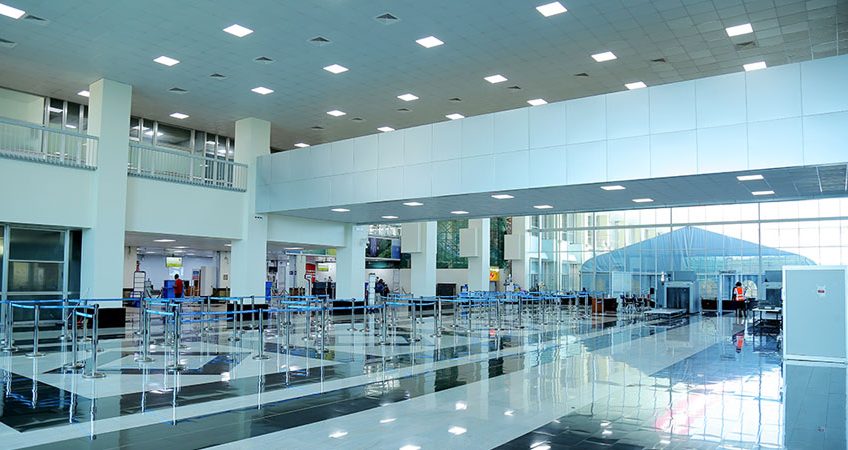 Entebbe International Airport has registered an increase in the number of commercial aircraft movements per day with an average of 48 in January and Febraury2021.

He added: “While at the beginning (October-December 2020) we allowed only one flight per airline per day since January 2021 two flights have been permitted per airline per day and those with traffic have an opportunity to even increase the frequency. Although initial plans envisaged full resumption of operations in June 2021, this may be achieved earlier than anticipated depending on the availability of passengers. Therefore, we are engaged in all confidence-building measures that will attract passengers back to use air transport.”

Mr Thomas James Kiggundu, the UCAA board member who represented the board chairman Justice Stephen Kavuma said the revenues from the industries have gone low since it is derived from commercial passenger operations which were halted due to the Covid-19 pandemic.

“This automatically means some operations here have to stall. We, therefore, call upon the government to fill the gaps of the revenue at UCCA,” he said.

The chairperson of the parliamentary committee on physical infrastructure which oversees the activities of the ministry of works and transport, Eng Robert Kafeero Ssekitoleko, revealed that the parliament appropriated over Shs149 billion in the year 2020/2021 for the expansion and rehabilitation of Entebbe International Airport.Advertisement

“As a committee of parliament, we are here to perform our oversight function to see whether the funds we appropriated and sent to UCAA really did what it was supposed to do. So far so good; they have shown us the new cargo center, new fuel facility, expansion of Apron 1, rehabilitation runway 17/35 which has been strengthened and expanded,” he said.

Mr Ssekitoleko also noticed the expansion of the departure lounge which is almost ready and promised as the committee that they will appropriate more funds to facilitate phase two which will see the lighting of the runway among other projects. Advertisement