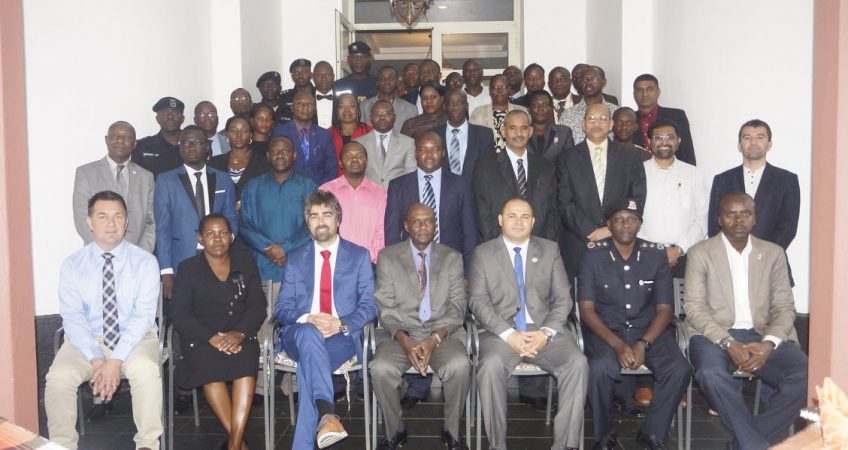 Speaking at the opening ceremony, the Director Safety, Security and Economic Regulation, Mr. Samuel Muneeza expressed delight at the opportunity for Uganda to host the event, which brought together security experts from the (AFCAC) partner States to deliberate on important national and international security matters.

He highly commended the ECAC and AFCAC for considering Uganda as worthy hosting partners, which he described as a ‘‘vote of confidence in Uganda’s air transport system’’.

The director stated that aviation related terrorism cases across the globe called for extra vigilance at all levels as Aviation Security is “every body’s responsibility” given the rising threat of terrorism to air transport across the globe. The importance of Explosive Detection Dogs (EDDs) cannot be over emphasized.

The training enabled the aviation security personnel to gain extensive knowledge in the use of Explosive Detention Dogs (EDD’s), ECAC’s work on EDD’s, and to acquire lessons from sharing experiences in best practices.

He pledged Uganda’s continued cooperation with ECAC and AFCAC in relation to Aviation security.