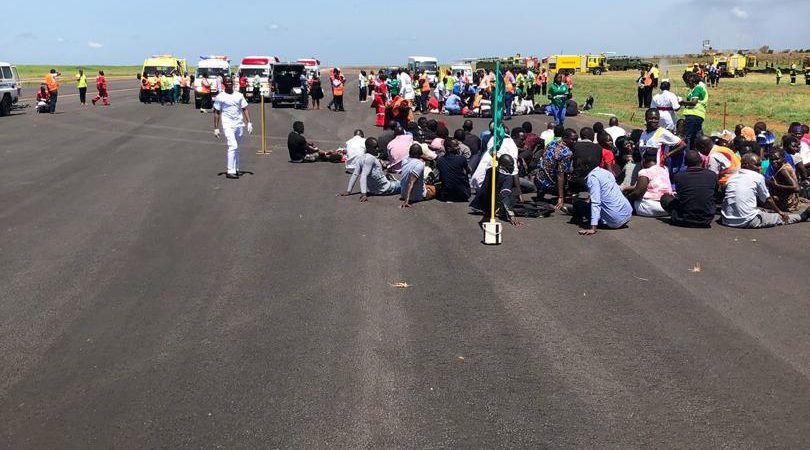 The exercise kicked off at 8.00 am and involved hijack simulation of a Speed Air (pseudo name) flight TA 042 with 82 people on board. The exercise assumed that the hijacked aircraft was flying over Uganda’s airspace and the pilot was forced to land at Entebbe International Airport (EIA). After a protracted “hostage negotiation and rescue mission” was accomplished, the aircraft was cleared to proceed to the initial destination, but “crashed” on take-off on runway 12/30 with 78 passengers and crew on board.

It was presumed that some people lost their lives and a number of survivors were critically injured, which sparked off an emergency situation involving airport fire-fighters and other rescue agencies that were called in to save lives.

The Civil Aviation Authority’s Fire Fighting and Rescue Services personnel put down the ensuing fire as medics from various hospitals were summoned and they promptly responded. Several ambulances and medical staff swarmed the crash scene and “rescued” the victims. The critically injured were rushed to hospitals in Entebbe and Kampala.

The exercise is a mandatory requirement for international Airports of countries that are contracting member States of the International Civil Aviation Organization (ICAO). Uganda last conducted such an exercise in 2016.