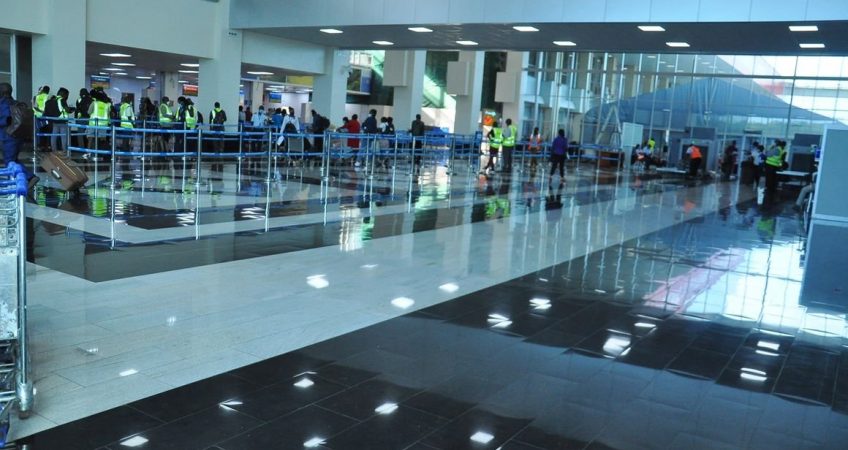 What you need to know:

The China Communications Construction Company (CCCC), which is contracted to upgrade and expand the Entebbe International Airport, has revealed that the works will be completed by the end of 2022.

This was confirmed by the CCCC Human Resource Manager, Mr Sun Yongjie, during a media tour of the project works on Thursday.

Most of the completed works, such as runways, taxiways, and parking aprons are already operational. The project also includes strengthening and expansion of Aircraft Parking Apron 1, which is at an 84.7 per cent completion level plus ongoing additional works and changes on the cargo building.

Mr Yongjie added that the overall level of completion is currently at 75 per cent mainly because work on the new passenger terminal is yet to commence and that the project had been partly affected by the Covid-19 pandemic.

It is estimated that cargo transport through Entebbe airport will grow at a rate of 6.5% per year and continue to do so for the next 17 years.

According to the 20-year National Civil Aviation Master Plan, travel between Uganda and the rest of the world will grow rapidly over the next five years, requiring better infrastructure to make Entebbe the regional tourism and logistics hub.

The government mooted the idea of expanding the airport into a modern aviation hub as it sought to take advantage of fledgling tourism and export markets in Europe, the Middle East, and Asia.

By virtue of Entebbe’s location in the center of Africa, Entebbe was envisaged to attract carriers for refueling, while also attracting tourism and other satellite services.

Uganda subsequently acquired a concessional loan from EXIM Bank to the tune of US Dollars 200 million to expand, upgrade and modernize Entebbe International Airport.

According to the CCCC’s Assistant Human Resource Manager, Ms Florin Kiwalabye, the company employs about 1,000 people, many of whom are Ugandans.

Implementation of the first phase of the project commenced in May 2016. The project is expected to enable the airport to accommodate current and future air traffic demands. It is also envisaged to enhance the contribution of air transport to the Ugandan Economy through increased job creation, tax revenues, and boost tourism, trade, and other productive sectors.