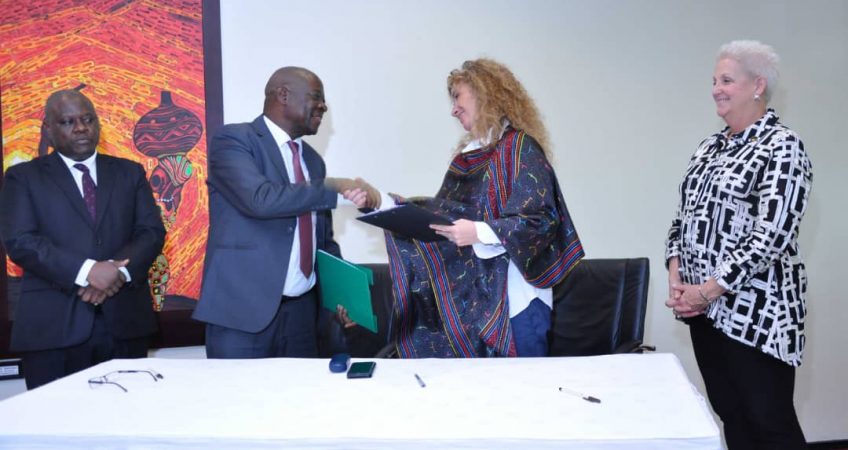 Google Loon, the tech giant’s subsidiary that works with helium powered balloons that provide internet has announced an overflight agreement with Uganda.

They signed an agreement in Kampala with representatives from Loon and the Ugandan government. The overflight permissions in Africa are key as Loon works towards the provision of service in Kenya and beyond.

“Loon is grateful for the approval that the Uganda government has given as we prepare to provide service in Kenya and beyond,” Anna Prouse, Loon Head of Government Relations said. “These permissions are critical as we work to advance our mission of connecting people everywhere.”

“It was a two year journey and we are glad that the Loon team persevered in explaining us this technology that is designed to help mankind,” Director General of Uganda Civil Aviation Authority, Dr David Mpango said. “Although initially scared, we are now converted disciples and will be happy to spread the Gospel to neighbouring countries,” he said.

Google Loon is also working with other regional governments, including Kenya and Tanzania to secure overflight approvals to provide service in the continent.

Google’s Loon has similar overflight agreements with other countries and it makes sense. Their balloons operate at high altitude to provide internet to remote populations and that is why they have to work with governments to operate on their airspace.

In Kenya, Google has made strides to operate Loon in the country. Communications Authority approved Telkom Kenya’s partnership with Loon to fly them in the country. Loon also opened a ground station in Nyeri as they neared the commercial launch of the service.

Loon balloons operate at pretty high altitudes. They are launched and operate at 20km above sea level, which is higher than what planes travel at (12km). They are launched from the United States and navigate towards a targeted location. they are monitored 24/7 and to date, they have flown over 1 million flight hours and travelled over 40 million kilometres. When they are decommissioned, they are navigated to a sparsely populated landing area for a soft landing and specialized teams collect the payload for analysis and recycling.