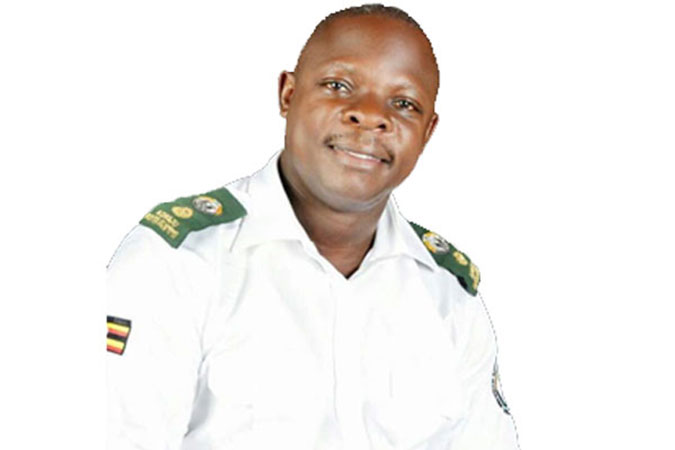 Posted by In Media Watch 0 comment
By Jacob Siminyu

The Ministry of Internal Affairs has recently received a number of questions through our websites www.mia.go.ug and www.immigration.go.ug enquiring about the e-passport. I am privileged to provide some key information to the public as Uganda progresses with procurement of the e-passport.
Our current passport called the Machine-Readable Passport (MRP), holds only traditional text information, a photo and the ghost image. It does not have biometric features that can identify the passport with the genuine owner, which the e-passport has.

The International Civil Aviation Organisation (ICAO) in its document 9303, released the recommended specification of Electronic Machine-Readable Travel documents (e-MRTDs) or e-travel documents.
They recommended that in addition to the usual machine-readable capabilities, the travel documents must have special biometric features, which specifically identify the passport with its holder and as such, enhance the security of travel.

There are different types of biometric security features that vary from finger prints, facial scan, iris scan, retinal scan, body odour recognition and voice recognition. Uganda’s national database has fingerprints, which will be used for secure recognition.
Worldwide, acceptance of e-passports is based on its capacity to provide a secure identification of the passport holder. It also limits chances of forgery of biometric information stored in the passport by fraudsters. It enhances the privacy of the holder, it limits the chance for identity theft and tremendously eases handling of entry and exit at border airports and points of entry.

With the e-passport personalised, citizens leaving or entering the country can freely do so without necessarily interacting with immigration officers using e-gates. The government of Uganda will soon be installing automated e-gates at Entebbe airport.
The e-passport will tremendously enhance the integrity of the Ugandan passport worldwide, across embassies and airlines. Airline check-in as well as immigration border/airport controls will be less intensive, and when we install e-gates as has been planned for in Entebbe, personalised Ugandans returning home will go through the exciting feeling of entering their country on their own.

However, anyone who attempts to enter using a forged passport or one who attempts to use a passport which is not his/hers (impostors), will certainly be stopped by the automated e-gates. Integration between immigration and the National Identification and Registration Authority (NIRA), will facilitate Ugandans to apply for their passports online.
The e-passport is designed with a special chip, which holds information that is printed on the data page of the passport such as the holder’s name, date of birth, etc, in addition to other secure biographic information such as fingerprints.
If you travelled through Dubai International Airport and Kotoka International Airport (recently), you could have experienced they use iris scan as the secure biometric feature.

The e-passport is designed to enhance secure travel for the traveller, the airline and immigration and border security agencies because it is extremely difficult to change data, which is held on the e-passport, making it almost impossible for forgery to take place.
Many people who accessed personalised passports and could easily impose a forged biometric film on the biodata page or just use the passport with the hope that immigration authorities outside Africa are not able to identify Africans, will now be completely locked out as the new passport will now be linked to the holder using biometric security features and the National Identification Number (NIN).

The heads of State of the EAC took a decision for all member states to shift from our Machine-Readable Passports (MRP) to one EAC e-passport for all the member countries. The EAC Council of Ministers at its 35th sitting directed member States to commence issuance of the new EAC e-passport by January 31, 2018 based on status of preparedness by different member states. Uganda is the only EAC nation that is yet to commence issuance of the EAC e-passport.
While Uganda seems to be behind the EAC schedule, the government is working tirelessly on a comprehensive deal by bringing on board a vendor through the joint venture, who will provide printing of all the security documents such as e-passports, banknotes, bank cheques, national IDs in Uganda, including e-passports.

The procurement will be done under a Joint Venture between a German firm Veridos Identity Solutions GmbH and Uganda Printing & Publishing Corporation. The Government of Uganda will inform Ugandans of the cost, the timelines for use of the old passport (based on ICOA Standards) and the process of the new passport as soon as it gets ready to issue the EAC e-passport.

Mr Siminyu is the spokesperson of ministry of Internal Affairs.