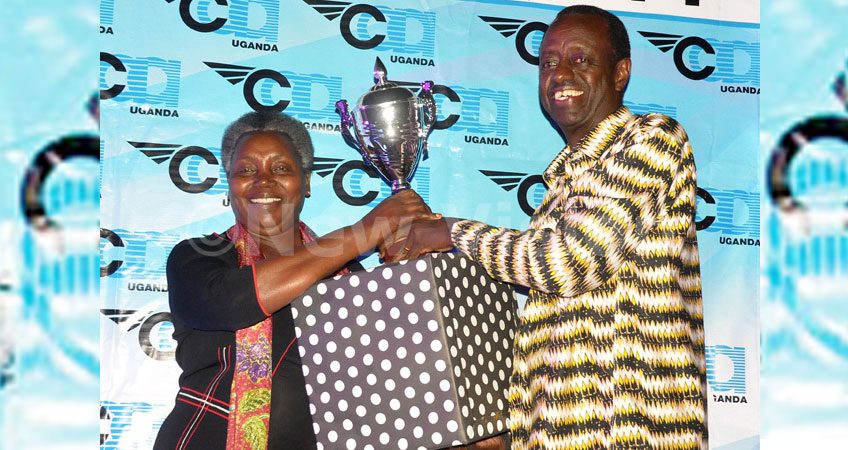 The handicap 8, Kigali and Uganda Golf Club member beat his closest challengers, Sam Zaramba and Zephania Dube by two and three strokes respectively to claim the elusive title for the first time.

“I have been waiting for this cup for the last two years and last year I had one hand on it, but it is this year that I managed to put both hands on it,” Katwiremu who finished second last year behind Godfrey Onyango said.

“It was not easy, but I prepared very well and knew my opponents style of play, and I knew what to do on this course so I feel good to have eventually won it. I chipped and putted very well over the two days and go a couple of pars,” Katwiremu stated. “Dube gave me a hard time but he succumbed on the back nine,”

Jenina Nasimolo beat Monica Azuba Ntege on count-back to also claim the ladies top prize, both having carded 173 gross. Ntege, who is also works minister and was chief guest at the prize ceremony, claimed the ladies longest drive prize.

George Egadu, Giel Pretorious, and Suresh Patel emerged top in the 71 plus, 65-70 and 55-64 years categories while Edrae Kagombe, Ruth Ssali and Connie Mukuru were the top performers in the ladies’ net category.

CAA managing director David Kakuba who led a number of staff at the prize ceremony committed to sponsoring the annual event ‘resources allowing’.

The tournament was one of the activities organised by CAA to celebrate the International Civil Aviation week.