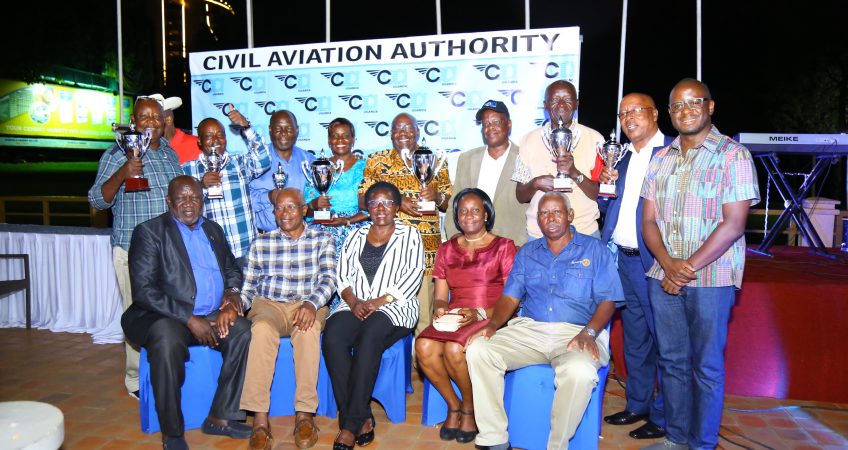 John Mugyenzi and Edrae Kagombe claimed the 3rd edition of the CAA sponsored Seniors Open Golf Championship on the weekend at the Uganda Golf Club.

Mugyenzi was the best Male golfer of the two day tournament returning a score of 141 nett to beat a huge field of 180 golfers from across the country. While Mbarara sports club lady golfer Kagombe had the best score with 144 nett.

The tournament was part of the Civil Aviation Authorities aviation week that kick started several activities lined up that include a Netball competition and the annual Cyril Rwabushenyi Chess Memorial.

At the same time it’s part of the Authorities Corporate Social Responsibility. It’s the third year that CAA is bankrolling this popular golf tournament. 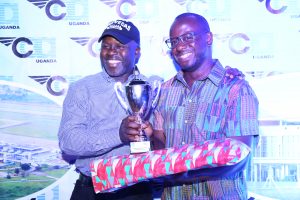 Michael Alunga was Group A winner with 141 nett in the subsidiary category while Peter Mungoma, stood tall claiming Men’s Group B with 144 nett.

Conrad Odere was impressive on the course and claimed Group C with 127 nett. Bridget Nakamoga continued stockpiling her trophy cabinet, claiming the Ladies Group A with 143 nett.

She also won the Kinyara Open last week maintaining her form.  Carol Namutebi was the best lady golfer in Group B with 141 nett.

Published by the Uganda Golf Times