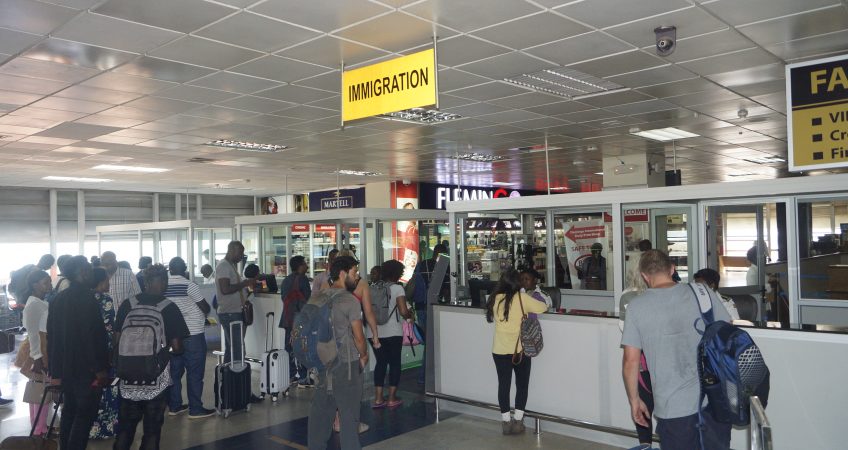 Last week, I was asked by Qatar Airways to write an article about Entebbe airport for their inflight magazine to be published in April this year.

That magazine will be read by at least four million travellers from all around the world. The potential guests to Entebbe travelling on Qatar Airways will read about this small, clean but great city that attracts lots of both local and international tourists. And yes, I thought its a nice idea for Ugandans to read about Entebbe as well.

The article for the airlines will focus on one major activity though many others will be mentioned. Ngamba Islands take centre stage plus one restaurant and I focussed on Faze3 , a five-minute drive to the airport and lastly one small but unique hotel and yes, Boma is the place I have chosen to write about. But those who will read the article will be able to search for other sleeping places.
Entebbe was the colonial administrative and commercial centre of Uganda and this city is seated on a beautiful peninsula of Lake Victoria which happens to be not only the worlds largest tropical lake, but also the second largest fresh water lake. Entebbe is actually a peninsula which is a very strong point for those that enjoy water experiences like myself and its a gateway point for those that love visiting the different islands on Lake Victoria, especially Ssese Islands, which are 84 in total.

Entebbe is a gateway into and from Uganda for those international travellers who use air as a means of transport because it hosts Ugandas largest airport. Entebbe airport was Africa’s largest airport during the colonial times.

It was one of the most important airports of the British Overseas Airline Corporation because the airline flew from London to Cairo, Entebbe then to Johannesburg, South Africa.

Entebbe is almost seated at the heart of Africa and probably the most centrally located place on the continent and by air, one will spend four hours flying from either Cairo, Egypt or Johannesburg, South Africa. It takes 1.5 hours to fly from Mombasa, Kenya to Entebbe just like it would do for the major parts of the Democratic Republic of Congo.

The air traffic into Entebbe Airport is growing so fast due to the growing number of tourists from the world and that is attracting a lot of investments in hotels and restaurants/eating places which serve different levels of clients and it has very vibrant nightlife.

Entebbe City also attracted the set up of a UN hub serving major parts of the region including Somalia, Democratic Republic of Congo and South Sudan due to its record of a very vibrant and safe city.

Since Entebbe is a very calm city, you will find tourists jogging in the evening, others onto sport fishing on lake Victoria, others riding hired bikes and many relaxed at the beaches of the lake.

The city will also give tourists an opportunity of visiting Ngamba Island which is probably the world largest chimp sanctuary and this island is only 90 minutes away by boat although it varies with the type of boat one uses.

With advance arrangements, one can stay on the island overnight and participate in behind scene activities which gives one an opportunity of learning more about these orphaned chimpanzees with their individual stories.

While in Entebbe, I love hanging out at Faze3 Restaurant which serves a variety of food opportunities though my favorites are the whole fried tilapia, probably the world’s tastiest fish from the lake. I also enjoy the Indian chicken tikka masala served with steamed rice.

This place has great views of Lake Victoria and yes, their service is also very good. Lots of travellers tend to hang out at Faze3 as a way of killing time before heading to the airport for check-in.

There’s also the Boma Hotel, Entebbe’s original and most exclusive hotel, set in tropical gardens in a leafy suburb, a few minutes drive from the airport.

Rooms combine the modern comforts with the charm and character of the original 1940’s home. The Boma Hotel is an ideal stopover for all airline passengers, and they arrange airport transfers.

Well, after writing about Entebbe, I felt like visiting it and I have been compelled to find out what more Entebbe could do in order to attract spenders not only from Uganda but the region as well as international ones.

The writer is an investment expert
—