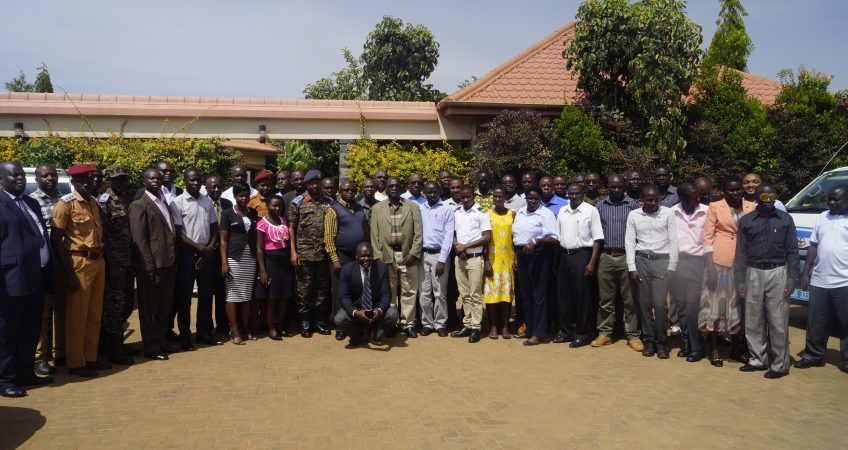 In order to further enhance awareness of stakeholders’ responsibilities in the unfortunate event of an emergency involving aircraft, Civil Aviation Authority (CAA) convened search and rescue sensitization workshops in the districts of Soroti and Kaabong on October 2 and 4, 2018, respectively.

The workshops were aimed at sensitizing and promoting successful coordination between CAA, local authorities and other agencies. Participants were also reminded of the need to take care of individual safety precautions.

Search and Rescue refers to the search for and provision of aid to people in distress or imminent danger in case of a calamity.

Stakeholders raised a number of issues and recommendations for CAA to consider in enhancement of safety. There was also a proposal to consider extending aviation week celebrations to upcountry aerodromes to enable the wider public to appreciate progress made in the aviation industry in Uganda.

The Aviation week is annually observed between 1st and 7th December, of every year by the global aviation community. It is celebrated in memory of meetings that led to the signing of the famous Chicago Convention, which was signed on 7 December, 1944 resulting in the establishment of the International Civil Aviation Organization (ICAO). The purpose of the annual celebration is to establish and reinforce awareness of the importance of international civil aviation in the social and economic development of States and the role of ICAO in promoting the safe and orderly development of International Civil Aviation throughout the world.

The district leadership appreciated CAA’s efforts and urged Management to continue encouraging the public to use domestic flights in order to enhance tourism promotion. The local leaders also emphasized the need to have coordinated activities and team work during search and rescue missions.

Soroti’s Resident District Commissioner, Hajji Isaac Kawooya, officially opened the workshop in Soroti and acknowledged the importance of involving the local populace in search and rescue missions to strengthen the response capabilities within the region.

The Commandant of Soroti’s Airbase, Col. Chris Kasaija reminded participants that search and rescue was a joint and “humanitarian effort”.

“It is always good to prepare for the unexpected and with the skills acquired we shall be in position to act in case of any emergency,” he said.