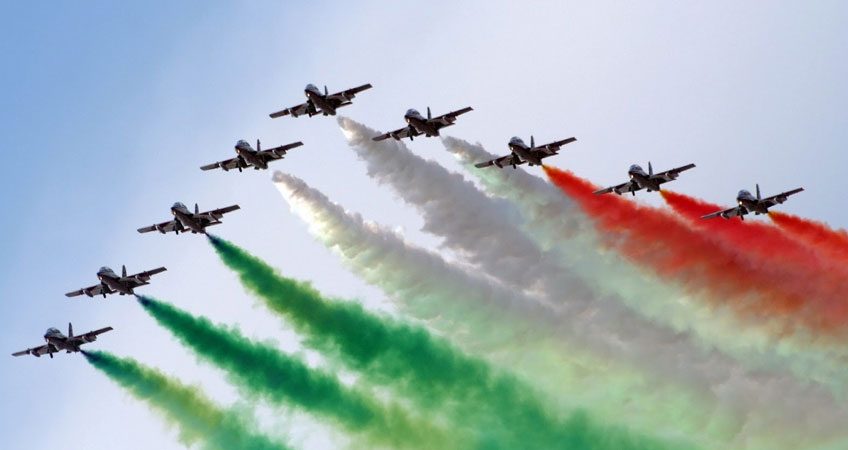 Technology is changing so fast in the aviation industry that airports and regulators have to invest heavily in new and more efficient facilities and equipment for provision of services in order to remain competitive. The Ugandan aviation industry is no exception to this global village trend and Civil Aviation Authority (CAA) has hit the ground running with adoption of various innovations and investments in modern and next generation technologies that match the demands of airlines and passengers.

The move is aimed at enhancing efficiency; saving time and costs incurred by air operators and other users of the air transport system. While some of the advanced technologies are already in place, there are several new technologies that are going to be first tried and tested in 2018.

Uganda will start to enjoy the fruits of a US Dollar 9.5 million grant from the Korea International Cooperation Agency (KOICA) for a three year project for automation of Entebbe International Airport.One of the things it is going to help achieve is improvement in Flight Procedures efficiency. The current Flight procedures are under review by experts from Korea seeking to ensure that we have shorter and more direct air routes in the Entebbe Flight Information Region. The new improved procedure will reduce on the time spent by an aircraft flying within the Entebbe Area during approach, take-off and overflights.

The new flight procedures will also reduce on fuel burn and carbon emissions thus saving the environment, which has been adversely affected by climate change through global warming. Less aviation fuel burn will translate into cost savings for air operators while maintaining the save level of safety. New air routes will also come with the added
advantage of eliminating aircraft noise.

The positive developments will however require to be preceded with stakeholder engagement especially the air operators and military for harmonization of issues to do with routes close to prohibited areas and ensuring enhanced Civil-Military coordination.

The automation will also lead to improvement in flight plan coordination and exchange of aeronautical messages and data through delivery of an Air Traffic Services Massage Handling System (AMHS) for Entebbe and some upcountry aerodromes at Soroti, Gulu, Arua, Kasese and Nakasongola. The proposed new Kabaale International Airport will also be a beneficiary of this system. Installation, commissioning and testing of the new system by KOICA is expected to take place in early 2018. The AMHS will ensure reduced risk of errors and information loss.

Another key milestone is improvement of surveillance of the Ugandan airspace with introduction of new next generation (NEXTGEN) surveillance technologies such as the Wide Area Multilateration (WAM) and Automatic Dependence Surveillance-Broadcast (ADS-B), which will address surveillance gaps up to the ground level in airport areas and detection of low flying aircraft that are far from Entebbe. It will also fully address Air Traffic Management (ATM) requirements for modern aircraft using the Ugandan airspace.

2018 is also coming with replacement of the Automatic Weather Observation System (AWOS) for Entebbe and the Portbell Non Directional Radio Beacon (NDB), among others.

Already in place is the automation of the Aeronautical Information Management processes at Entebbe International Airportto enable automated management of flight plans, notices to airmen (NOTAM) and electronic Aeronautical Information Publications.
The new system has led to efficiency and reduction in costs incurred by air operators. Pilots and other airspace users now enjoy the convenience to perform flight planning and self-briefing using any web enabled device as all products and services provided by AIS can now be accessed online.

Participation in regional safety projects such as the East African Community (EAC), Northern Corridor, COMESA and Africa Indian Ocean (AFI) will continue. These regional projects and initiatives are aimed at regional implementation and harmonization of systems and procedures. Their ultimate goal is to establish a seamless airspace over region. This will facilitate improvements in airspace and airport capacity, safety, efficiency and environmental impact for aviation sustainability.

At the regulatory level, tremendous progress is anticipated in relation to management of drones in the Ugandan airspace. While Drones and or Remotely Piloted Aircraft Systems (RPAS) present many benefits to the users such as professional filming, photography and delivery of mail, among others, they also pose national security and safety concerns to other authorized users of the airspace. Some of the possible dangers includeaccidental collision of drones with passenger aircraft and misuse including breach of national and other people’s privacy. This calls for stringent and effective regulations in place for proper management of this versatile technological advancement.

There has been an influx of drones into the country, many of them have unfortunately been held up at customs at Entebbe International Airport pending fulfilment of security clearance and other procedural requirements.

An ICAO Remotely Piloted Aircraft Systems (RPAS) symposium was recently held in Abuja, Nigeria in July 2017 and the need for urgent development of regulations to cater for non-core aviation drone operators who are mainly interested in the gadgets’ benefits was emphasized. Uganda has made progress in this regard.

The draft set of Drone Regulations is already in place with inputs from security and is only pending harmonization with Regulations of the other East Africa Partner States. By the end of 2018, Uganda will have regulations that clearly separate and categorize drones from Remotely Piloted Aircraft Systems (RPAS). The RPAS are usually for commercial purposes and require the operator to get certification. These can even be used by couriers to deliver mail from one town to another, for instance Kampala to Arua. They are therefore operated Beyond Visual Line of Sight (BVLOS). Currently, CAA Uganda is only granting permission for usage of drones with Visual Line of Sight (VLOS), those that can be seen while being used.

By the end of 2018, it is anticipated that permission will be granted for usage of drones Beyond Visual Line of Sight as the formal guiding Regulations will already be formalized and in place after getting inputs from the regional member States.
Besides technology, several infrastructural projects will be up and running by the end of the year. A new 100,000 tones capacity Cargo Centre whose works are currently standing at 29 percent level of completion will be ready for use in October 2018.

Cargo volumes grew from 6,600 metric tons recorded in 1991 to 59,000 tons at the turn of 2016. Projections put the tonnage at 73,680 by the end of 2018 following a 5 percent average growth and at 172,000 by 2033.The new 100,000 tones capacity Cargo Centre will be a self-contained facility with a Parking Apron, landside and airside access roads, cooling facilities, a Freight Forwarders Parlor and ancillary business outlets. It is part of the US Dollars 200 million loan to Uganda by China through the Exim Bank of China. Part of the loan will be used to re-surface the Runways, Taxiways and strengthen and expand the Aprons under the same contractor, China Communications Company (CCCC). The supervising Consultant for the projects is Dar Al – Handasah Shair & Partners.

On completion of the new Cargo Centre, the current structure used for cargo operations will be razed down and in its place a new passenger terminal erected in a three year project commencing in 2019 and ending in 2021.

Other on-going works that will be ready by the end of 2018 include the expansion of the current passenger terminal building at Entebbe International Airport to create more room and maneuver for service users, especially departing passengers. The landside expansion by M/s Seyani Brothers (U) Ltd is fully funded by CAA from internally generated revenue.