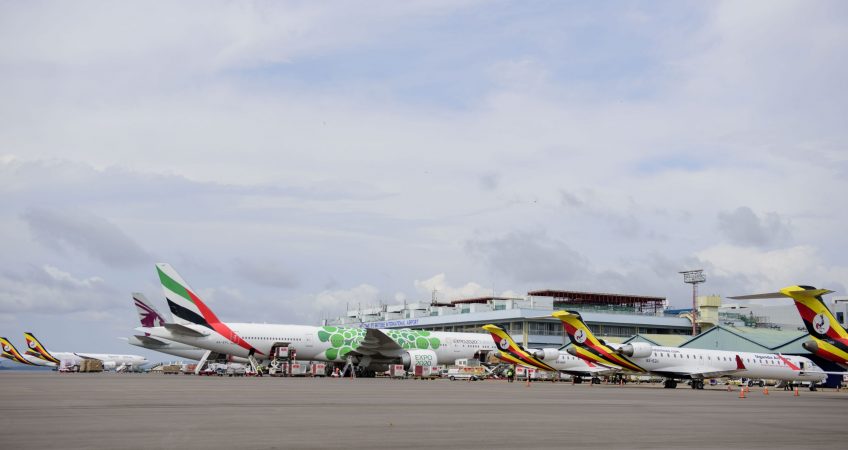 come to our 23rd routes newsletter! Routes go to the heart of airlines and airports, and we celebrate them in our weekly newsletter.

We’ve covered a selection of new routes and relaunches that took off in the last week. Why not sign up and receive our newsletter in your email inbox every week?

Discover to Puerto Plata via Jamaica

The Dominican Republic tourist destination of Puerto Plata is now connected to Frankfurt with Eurowings Discover. Operating on Wednesdays and Saturdays, the service runs triangularly, routing Frankfurt-Montego Bay-Puerto Plata-Frankfurt. It departs Germany at 12:15 on Wednesdays and arrives in Jamaica at 17:40 local time. It then travels to Puerto Plata, where it leaves at 22:55 bound for home. (Montego Bay launched in November, routing non-stop in both directions.)

Many dignitaries welcomed the commencement of Puerto Plata, including Roberto Henríquez, Deputy Minister of Quality of the Ministry of Tourism (fifth left) and Fabien Gourdon, CCO of Aerodom (center), which operates six of the Dominican Republic’s airports. Photo: via Mintur.

Ultra-low-cost carrier Sun Country has introduced Rochester, Minnesota, to Fort Myers (February 3rd) and Phoenix (February 4th). It is the first time it has had flights from the airport since April 2009, when it had a series of seasonal and very low-frequency services to Bullhead City, Arizona.

Until now, Rochester’s passenger airline service was about hub service to Minneapolis (with Delta) and Chicago (American). The airport hasn’t had fun-in-the-sun routes for eight years, following the loss of Allegiant from Phoenix-Mesa (November 2012-May 2014), replacing Las Vegas.

Riyadh to Entebbe, meanwhile, took off on February 2nd. It operates on Mondays and Wednesdays using 330-seat A330-300s. The market is the largest between Saudi Arabia and Uganda, and will primarily target migrant workers and those visiting friends and relatives.

Vueling, whose second-busiest airport is Orly, will change the flight to Sundays from April. It’ll then operate head-to-head with a Saturday-only service by Transavia France, which will inaugurate the route on April 2nd.

Canada and Mexico now have another airline providing non-stop service, with ultra-low-cost carrier Flair Airlines entering the market on February 5th. It began five routes: Abbotsford to Los Cabos; Edmonton to Los Cabos; Ottawa to Cancun; Vancouver to Los Cabos; and, on the 6th, Waterloo to Cancun. In the current week, all five are served once-weekly but double in March, with most ending or reducing in April.

Only Waterloo to Cancun presently has no head-to-head competition. Of the others, Ottawa-Cancun has Sunwing (two flights in the current week), while Air Transat and WestJet have one flight apiece. Edmonton and Abbotsford to Los Cabos have one flight each by SWOOP, while Vancouver has six flights by WestJet, two by Air Canada, and one by Sunwing. Note that SWOOP commenced Abbotsford-Los Cabos at the end of January.

Flair is the seventh airline providing non-stop service between Canada and Mexico. Photo: via Flair Airlines.

After decades of being foes, the relationship between Armenia and Turkey is starting to subside. As such, flights between Yerevan and Istanbul – home to nearly all of Turkey’s remaining Armenia – have resumed after last being operated in 2020 by AtlasGlobal. But don’t read too much into it: it is really a continuation of the previous situation, albeit with different airlines.

New entrant Fly One Armenia, the new unit of the Moldovan carrier, now operates on Mondays and Fridays between Yerevan and Istanbul Airport. They’ll be joined by a Wednesday service on March 30th. Meanwhile, ultra-low-cost-carrier Pegasus has a three-weekly service from Istanbul Sabiha Gökçen. It currently leaves Istanbul at 23:35, arrives at 02:35, departs at 05:25, and arrives back at 06:50, well-timed for connections across Europe.

Lyon and Stockholm Arlanda are now connected non-stop thanks to Transavia France. It is served on Saturdays only for skiing reasons, with the last flight on April 16th. The schedule varies most weeks, but on February 12th it’ll leave Lyon at 13:00 and return at 19:00.

Despite over 25,000 round-trip passengers in 2019, the 1,099-mile (1,769km) market has had relatively little service. SAS served it until October 2004, but it wasn’t until November 2016 that it was served again, then by easyJet. It lasted until March 2018, not even a year and a half. Hopefully, Transavia France will perform better.