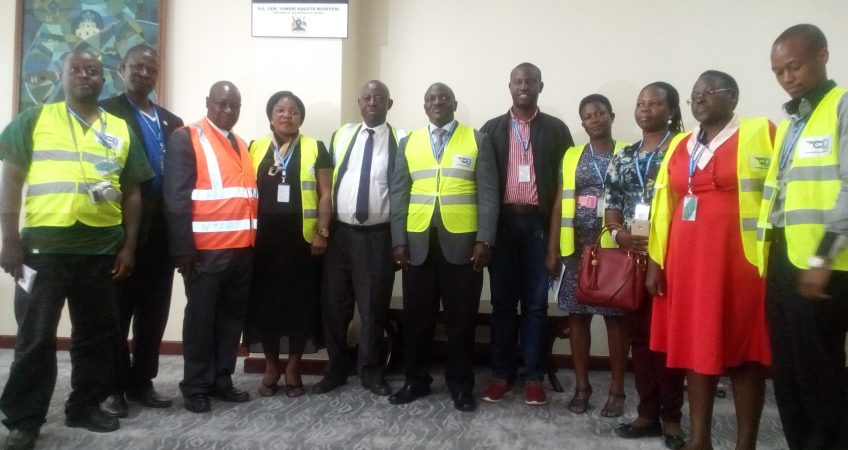 Ugandans have been urged once again to support the newly revamped national career, the Uganda Airlines when it takes to the skies early next year.

The call was made by State Minister for Works, Gen Katumba Wamala, who noted that the airline will need to a lot of local support to compete favourably in the already liberalized sector.

Wamala said that since the renewal of the national airline was announced, many Ugandans have been sceptical and speaking ill of the project.

“Ugandans have a bad habit of de-campaigning their country. It is a bad habit that must be stopped. If you want your country to be like the other developed countries that you admire and shower with praises, you must support government plans in developing and strengthening the economy.

The minister stressed that Ugandans must not worry about Uganda Airlines being misused by government officials as it will be operated independently as a company and not a government parastatal.

The minister was speaking to journalists at Entebbe airport during the inspection of Entebbe International Airport projects by the Joint Transport Sector Review team on Wednesday 29th August.

The ongoing upgrade and expansion of Entebbe International Airport, which consists of different phases commenced in March 2016.

The $200Million project involves modification of Arrival and Departure Immigration Counters, rehabilitation and strengthening of the old Runway 12/30,  construction of the new 100,000 tones capacity Cargo Center and parking Apron, upgrading landside and airside access roads and many others which are mainly  being undertaken by China Communication construction company (CCCC).

According to the managing director Civil Aviation Authority (CAA) David Mpango Kakuba, most of the projects are progressing normally and will be finished within time although there are delays in some of them.

He noted that these works once complete will improve on service delivery to travellers and improve the efficiency of the airport.

“Earlier on in 2017, the China Nanjing International Limited modified arrivals counters and their numbers increased from 14 to 20. Departure counters were increased from 6 to 11. This has since enhanced efficiency in service provision and drastically reduced on long queues at pick and departure time” he said.

As part of the bigger project, there is also an ongoing improvement of air navigation services and automation of the airport by the Korea International Cooperation Agency (KOICA) as part of US$ 9.5m grant Uganda got from South Korea.