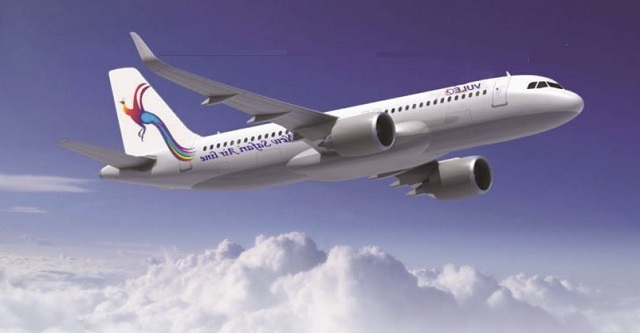 A low-cost carrier, Vule Airways, is set to fly out of Entebbe International Airport starting November subject to regulatory approval from the Civil Aviation Authority.

Robert Mwesigwa, the co-founder and managing director of the three-month old carrier, said the announcement of schedules and fares will be coming soon.

“We plan to fly to the East African Community Partner States’ major airports, Southern Africa, London, Moscow, Dubai, Mumbai, Guangzhou, and Tel Aviv,” he told The Independent in an interview.

He said the carrier, which is currently negotiating codeshare agreements with major carriers, will start its operation with six aircrafts flying passengers to more than 20 destinations across Africa, Europe and Asia.

Mwesigwa, who remained guarded on the initial financial investment, said local investors own 55% of the shares and the rest held by foreign investors.

Incorporated in the United Kingdom in May 2017 and also registered in Uganda, Vule Airways is run by two directors – Mwesigwa and Fred Keays, a British national – and a company secretary.

Margaret Anne Wampamba, the company’s director for marketing said their plan to set up a carrier in Uganda using Entebbe as its hub is to fill the vacuum in the country’s air transport industry created with the collapse of the national carrier which offered domestic and international passenger as well as cargo services.

“Uganda is among the top five countries in the world when you come to tourism, according to CNN,” Wampamba said, “And therefore there is that market to capture and grow.”

She said the carrier also plans to tap into the growing cargo segment especially for exports, arguing that it is cheaper for exporters to use the home carrier that flies directly to their markets than depending on foreign carriers that go through their respective hubs.

Uganda’s national carrier, Uganda Airlines, which started its operations in 1976 was liquidated by President Yoweri Museveni’s government in 2001 as a result of mismanagement and accumulated debt to a tune of US$6million, and its ground handling operations taken over by a private firm.

This prompted Celestair Group owned by the Aga Khan Fund for Economic Development (AKFED) and which still currently controls Air Burkina and Air Mali, the national airlines of Burkina Faso and Mali, respectively, to set up a privately owned carrier in the country known as Air Uganda in 2007.

But the carrier, which had become recognised as Uganda’s national airline following the collapse of Uganda Airlines, closed its operations in 2014 when CAA revoked its air operating licence saying it did not meet the air safety standards, the claim the carrier denied.

It remains unclear how Vule will survive in case Uganda government plan of reviving the national carrier are realised.

Data from CAA shows that international passenger traffic in Uganda has increased from 1.17million in 2011 to 1.5million in 2016, with projections to hit 7.6million by 2033.

On the other hand, cargo volumes consisting mainly of agricultural products have grown from 48,636 tonnes to 59,000 tonnes during the same period under review.

CAA’s Public Affairs Officer, Vianney Lugya, confirmed to The Independent that Vule Airways has applied for air operating licence and the approval process is ongoing.