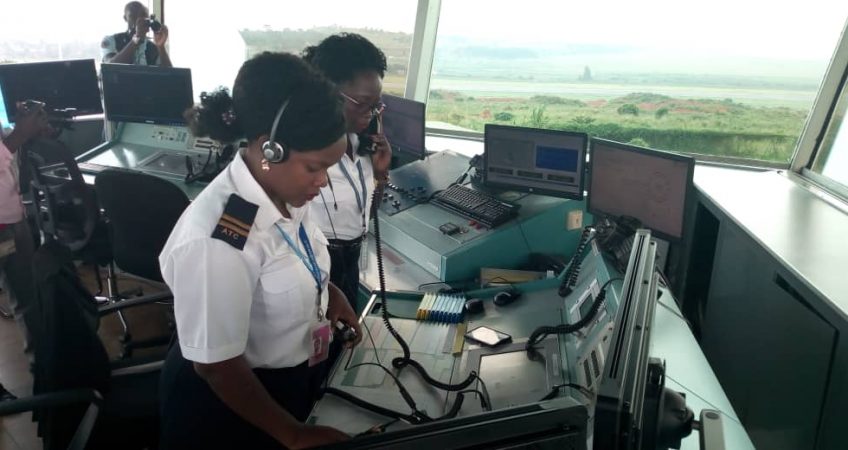 According to the Deputy Managing Director of CAA, Mr Fred K. Bamwesigye, they wanted to display the strides made in the empowerment of women, particularly in the areas of science, technology and engineering.

“CAA has over the years trained and encouraged a number of female staff in professionalism, capacity as well as dedication and have become national and international experts in the various fields of air navigation and civil aviation,” Mr Bamwesigye said.

He said that historically, the aviation industry has attracted fewer women and their entry to the industry dates only as far back as the World War II, when they joined the ranks as Air Traffic Controllers and Aircraft communicators to replace men who has joined the war effort.

“At CAA, we have a ratio of 33:67 women to men in various offices. However, we have a total of 42 women in Air Traffic Control Department. Therefore, I encourage more women not to sit on their professions thinking that this job is only for men,” he said.

Ms Prossie Zalwango, a Supervisor of Air Traffic Controllers said: “I am proud of my job because some of us women can do even better than men only that we think that this type of work has to be done by men.’’

She said that the main goal of an Air traffic Controller is to promote safety, efficiency and regularity in International Air Navigation and to assist and advise in the development of safe and orderly systems of air traffic control.

Ms Zalwango said that the margin for error in the profession is zero and this gives air traffic controllers responsibility to scrutinise situations constantly and operate with accuracy.